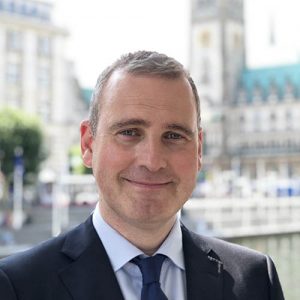 During his legal studies, Robert Rauther focused on Competition, Antitrust & IP Law. He worked as an academic assistant at chairs for business law at the Universities of Goettingen and Osnabrueck, in particular in the area of Competition and Antitrust Law for renowned antitrust law scholars Prof. Dr. Ulrich Immenga and Prof. Dr. Andreas Fuchs, LL.M.

After his legal studies, he took up additional classes in Japanese Law at the Distance University in Hagen. He also visited the Nanzan Institute for Religion and Culture in Nagoya as a Research Fellow several times (Japanese/Chinese writing system). As a legal trainee (German “Referendar”) with the Higher Regional Court of Duesseldorf he spent time at business law firms in Duesseldorf and Tokyo.

Due to his deepened interest in Japan, Robert Rauther pursuantly attended Naganuma language school in Tokyo, where he also worked for several originally German law firms. Since 2014, Robert Rauther is with Sonderhoff & Einsel, whose German/EU office in Hamburg he expanded from 2016.

Since 2017, he has been a partner of SONDERHOFF&EINSEL EUROPE. He counsels, frequently in cooperation with Japanese colleagues, clients mainly in cross-border cases between Germany and Japan in the areas of IP law, company law as well as family and inheritance law.

Robert Rauther has translated and co-authored several books on the Japanese and Chinese characters. He is married to his Japanese wife and speaks German, English and Japanese.