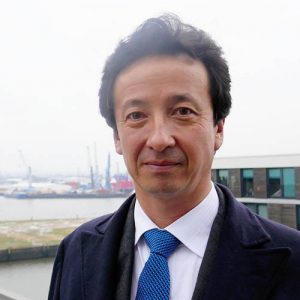 Felix-Reinhard Einsel was born and raised in Japan. After his high school graduation (Abitur) from the German School in Tokyo he earned degrees in Comparative Law and Electrical Engineering in Japan and received his LL.M. in the United States. He is a licensed Attorney at law and member of the New York State Bar Association and as such also a Member of the Hanseatic Bar Association in Hamburg, Germany. In addition, he has the distinction of being the only European national to be registered as a Patent Attorney in Japan at the present time and is qualified as an IP Litigator there. Felix-Reinhard Einsel’s  career began 1994 at Sonderhoff & Einsel Law and Patent Office in Tokyo where he has been Managing Partner since 2009. 2015 he became registered as a foreign Attorney at law (New York, USA) in Germany and has also been Partner at the German firm EINSEL Attorney at Law und Rechtsanwaelte PartmbB (SONDERHOFF&EINSEL EUROPE) since 2017. He is a native speaker of German and Japanese and fluent in English.